Once in a village, there was an old lady. She had seven sons out of which six were doing well and were earning handsome salaries. The old lady was biased. She used prepare good meals for her six sons and serve them lavishly and all the leftover, she used to give to the seventh son. The seventh son was very innocent and he thought his mother adores him to much that she gives him good meals. One day he told his wife - "look, my mother loves and adores me the most and serves me the best meal." His wife was aware of his mother's behavior. She told him - "your mother servers you the leftovers of all your brothers. If you don't trust me, one day you yourself can find out."

The day came when there was a big festival and the mother made seven different dishes and special dessert as "Laadu" for her children. The seventh son wanted to test his mother laid about headache and slept in the kitchen. He his face under the sheet and was seeing all the activities. His mother served the six sons with best of the dishes and made them sit on . After all six were done, she collected the leftovers from their plates and made one new plate for her seventh son. Then she called her seventh son - "come have your food." The son replied "I am not hungry; I will not have food, I will just go to town." Mom replied "if you are planning to go tomorrow, go today." He left his house. While leaving he went to see his wife who was busy making cow dung cakes.

[This means she told her husband to go without thinking of her and he should give her some token so that she don't forget ]
Her husband replied - "I don't have anything, I have this ring just keep this as token." and you too give me some token."

She replied - "What do I have?" I have these hands filled with cow dung and she makes the mark of those hands on his back. The boy left. 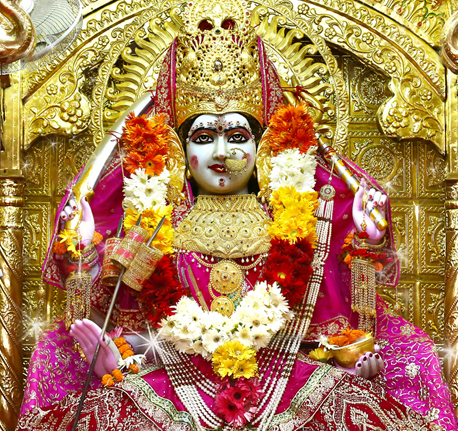 He reached a town far from his village. He went to a shopkeeper and asked for the job. The shopkeeper was in need of a helping hand so he kept him and told him that he will be paid accordingly to his work efficiency. He started work from morning 7 am to 11 pm. In few days he became with all the transactions of the shop. The 7-8 servants of the owner were mesmerized by his work style. With in 2-3 months he became the share holder of half the profit of the shop. In twelve years he himself became a prominent owner. His boss left all the responsibilities on him and left.

On the other hand his wife was in great trouble. Her mother-in-law and sister-in-laws were very cruel to her. They used to send her to the Jungle to collect wood sticks for fire and they used to give her leftover food and water in coconut shell. She was in terrible physical & mental state.Once when she was on her way to Jungle, she saw few women doing some rituals and fast. She asked them about what were they doing and what was its me? One of the woman replied - "This is the katha of Santoshi Mata's fast which fulfill all the wishes, remove problems and poverty, free from troubles, finishes health problems, resolve cases if any, bless with children to those who need, girls find their perfect match and wives find their lost husband." From them she learned the process of fast.

On her way, she sold all the wood and money which she got from that she bought jaggery and drane. On the way there was a temple. She asked "whose temple is this?" People replied "Its Santoshi Mata's temple." She went in and lied down at Mata's feet and started crying bitterly. She requested Santoshi Mata to forgive her and to free her from all problems. Mata became sympathetical. One Friday the letter from her husband came and another Friday there was money from him. Her in-laws didn't like this and they started her and her riches.

She said -"If letters and money are coming, its good for all of us." She started crying and went to Mata's temple. She told Mata that she never asked for money, she just want her husband back. Mata blessed her and said - "Go, your husband will definitely come." She went home happily and continued working. Mata went to her husband's dreams and reminded him of his wife. He said - "Mata I am busy with work and how can I go, the transactions cannot be wrapped to quickly." Mata replied - "tomorrow morning after shower just take my name, lit a lamp and see all your transactions will be cleared and you will have lot of money to take back."

In morning when he told everyone about his dream, people started making fun and told such things happen only in dreams. There was one old man, who said - "what's the harm in doing what Mata has asked to do?" He agreed, took shower, bowed his head and lit a ghee lamp in Mata's name. After that he went to shop. Miracle happened. All his transactions were resolved and he had lot of money in the end. He became happy and started buying things for his family and he left for his home.

On the other hand, his wife everyday while returning from jungle used to stop at Mata's temple and converse with Mata. One day she asked - "Hey Mata! What is this wind all about?" Mata said, "Your husband is coming. You all your wood sticks in 3 bundles and go to the riverbank, keep one bundle there, one here and third bundle on your head. After seeing that bundle your husband will feel like having brunch. He will halt here, make his lunch and than come home. You go home and in the chowk keep your bundle and call your mother-in-law - "sasuji, take the wood sticks and give the left over to eat, water in coconut shell, who is the guest today?" She understood and did all according to what Mata asked her to do.

With third bundle on her head she went home and called her mother-in-law - "sasuji, take the wood sticks and give the left over to eat, water in coconut shell, who is the guest today?" On hearing this, her mother-in-law with her fake concern came out and told her - "Bahu your husband come, Come have delicious food and wear these good cloths and ornaments." On listening this, her husband came out and recognized the token "ring" he gave her. He asked - "who is she?" His mother replied - "she is your wife, in these twelve years she has become mad, she just keep on wandering and didn't do any work, today after seeing you she is throwing tantrums." He said "I know both of you, give me the keys of other house, I will live there."

His mother said - "as you wish" and threw the bundle of keys in front of him. He kept his stuff on the III floor. In just one day the place became like a king's palace. Friday came and wife told her husband she wanted to do Santoshi Mata's fast and want to do "Udhyapan" (a conculudatory fast).He agreed. She started to prepare for the "Udhyapan". She invited her niece for the food. They accepted the invitation, and their mothers told them to ask for some altrums stuff to eat so that her fast is ruined. Boy did the same. After they had food they asked for something sour. She said - "sour can not be eaten today, as it is not allowed with Santoshi Mata's Prasad." Boys got up and asked for money. She was innocent so she gave them money. The boys went and had tamarind from that money. Santoshi Mata become angry with this and king men arrested her husband. She became very helpless and rushed to Mata's feet and asked - "Mata what is this? Why all sorrows have come back?" Mata replied - "you have made mistake in the process of fast, you have forgotten everything so early." She replied I made the mistake, I was not aware that boys will buy sour stuff out of money, I will once again do Udhyapan; Mata please forgive me." Mata said you go home, you will find your husband on you way home. He said king just called him to meet and he met him. They went home.

Friday arrived. She again planned Udhyapan. She again invited the boys (her niece). Their mothers again asked them to repeat the same. The boys again asked for something sour after food. She reluctantly told - "you will not get anything sour, come if you want to." After that she invited Brahmin kids for food. Santoshi Mata become happy with her dedicated worship and blessed her. Mata's blessing brought her a son in ninth month. She started going to temple with her son everyday.

One day Mata thought she comes everyday, today I shall visit her. I should see her house. Thinking this Santoshi Mata incarnated a giant avatar, jagarrey and chaana in her mouth and her lips were like elephant trunk, on which flies were roaming. Like this Mata went to her place. As Mata entered, her mother-in-law got scared and started shouting some devil is coming in, throw her out otherwise she will eat some one. The seventh daughter-in-law was standing on window and was watching this. She came running - "today my Mata has come to my place." Her mother-in-law got worried that why is she so restless that she has thrown her son away.

Due to Mata's power with in a while there were all boys seen around. She told her mother-in-law that this is Santoshi Mata whom I worship and due to her blessing we have flourished. Listening this all opened their doors and windows and went to Mata's feet and asked for forgiveness. They started eamenting - "Mata we are fools, ignorant, we have hampered your fast and Udhyapan; Hey Mata kindly forgive us." Listening this Santoshi Mata became happy. The way Mata has been king to her worshiper let she be kind and generous to everyone. One who read this Katha, all their wishes are fulfilled.