Vasant Panchami sometimes referred to as Saraswati Puja is Hindu festival held on the fifth day of Magha (in early February) marking the start of spring and the Holi season. On this day Hindus worship Saraswati Devi, the goddess of knowledge, music, art and culture.

In the southern states of India, Saraswati Puja is conducted during the Navaratri. Navaratri literally means "nine nights", but the actual celebrations continue during the 10th day, which is considered as Vijaya Dashami or the Victorious Tenth Day. Navaratri starts with the new-moon day of the bright fortnight of the Sharad Ritu (Sharad Season of the six seasons of India) during September-October. The festival celebrates the power of the feminine aspect of divinity or shakti. The last two or three days are dedicated to Goddess Saraswati in South India. 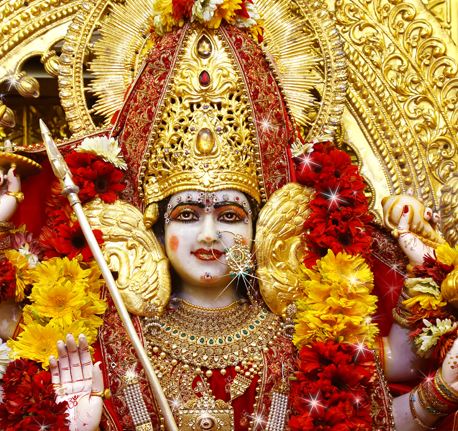