Lord Hanuman is one of the most revered deities amongst the Hindu Gods. He is believed to be an incarnation of Lord Shiva and foremost devotee of Lord Shri Ram.

It believed that Lord Shiva's element called 'Eleventh Rudra,' took a form of a monkey God to arrive on the holy earth as Mahaveer Hanuman. He chose to come through the sacred womb of holy mother Anjanidevi and Holy Father Lord Kapiraj Shri Kesari. Thus, Lord Hanuman is also known 'Kesari Nandan.'

A steadfast devotee of Lord Shri Ram - Hanuman was destined to worship him and further assist him discharge his holy duties and commitments to the mankind. It is said that Lord Shri Ram too recognized Hanuman to be an incarnation (ansh)of Lord Shiva who chose to take birth specially to serve Lord Vishnu during his avatar as Shri Ram. 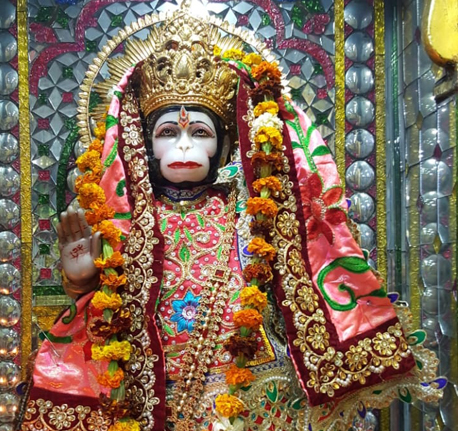